Better Angels Debate: Should We Tax the Rich to Address Income Equality? 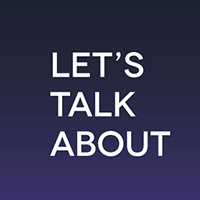 As a lead up to Let’s Talk About Civility (February 23, 2020) community conversation at the Library Galleria, we have joined with the Sacramento Alliance of Better Angels for a series of programs.

Better Angels is a national organization of bipartisan citizens formed following the 2016 election at a time when many people became increasingly disturbed by the nature of our political discourse. The purpose of the program is to create civil, thoughtful conversations about the current political climate.

Join us for Better Angels Debate: Should We Tax the Rich to Address Income Equality?

A Better Angels debate is structured conversation where a group of people speak, listen and think together to grapple with a difficult topic. Modified parliamentary procedures are used to create an atmosphere of decorum and respect. Everyone is encouraged to express their views. Unlike a traditional debate format, participants express views without the goal of winning an argument.

Please register to attend the program.

You must log in to register for this event.
Oops! - There was a problem in authenticating your card: