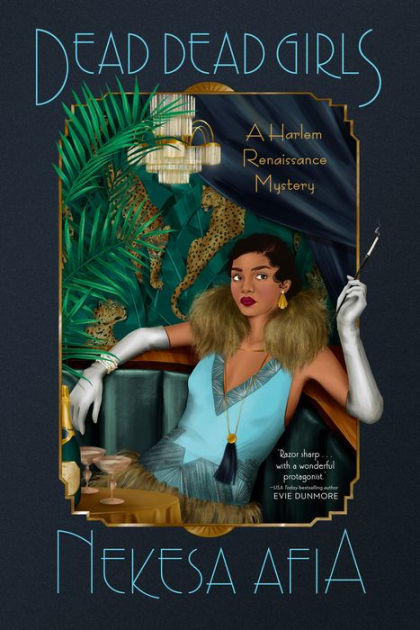 Calling all sleuths – join us the first Saturday of the month at 1:00 PM to discuss the newest Mystery Book Club selection. In February, we'll discuss Dead Dead Girls by Nekesa Afia. This title will be available on demand through OverDrive January 28 - February 4. To register, please click here.

From the publisher: “Harlem, 1926. Young Black women like Louise Lloyd are ending up dead. Following a harrowing kidnapping ordeal when she was in her teens, Louise is doing everything she can to maintain a normal life. She’s succeeding, too. She spends her days working at Maggie’s Café and her nights at the Zodiac, Harlem’s hottest speakeasy. Louise’s friends, especially her girlfriend, Rosa Maria Moreno, might say she’s running from her past and the notoriety that still stalks her, but don’t tell her that. When a girl turns up dead in front of the café, Louise is forced to confront something she’s been trying to ignore—two other local Black girls have been murdered in the past few weeks. After an altercation with a police officer gets her arrested, Louise is given an ultimatum: She can either help solve the case or wind up in a jail cell. Louise has no choice but to investigate and soon finds herself toe-to-toe with a murderous mastermind hell-bent on taking more lives, maybe even her own….”